Under the instruction and financial support of the Ministry of Economy, Trade and Industry (METI), the Energy Conservation Center, Japan (ECCJ) implemented an energy conservation audit of the Kamchatka Pedagogical College located in Petropavlovsk City in the Kamchatka region during the ten days between January 22 and 31, 2018 in order to promote energy efficiency in Russian buildings. 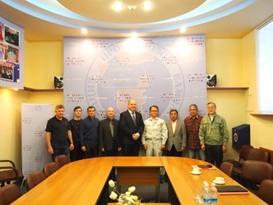 In Russia, building-related energy consumption takes up a large proportion of overall energy consumption. The energy used for heating is particular large, and energy conservation measures to save this have become a major issue. This energy conservation audit at the Kamchatka Pedagogical College located in Petropavlovsk in Kamchatka State is a part of the activities of the Japan-Russia Energy Initiative Council (energy efficiency and renewable energy working group) and is conducted under an agreement between both countries based on a request received from the Ministry of Energy of the Russian Federation.

(1) Implementation of an energy conservation audit

In Russian public buildings, heating energy is provided by supplying hot water from a heat supply plant. Due to the stipulation in Russia that temperatures must be maintained at no less than 12°C even at night and other times when the building is not being used, and because of customary practice, heating energy is not generally adjusted at those times. 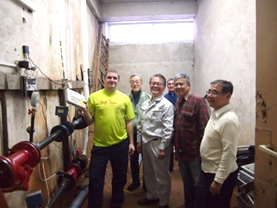 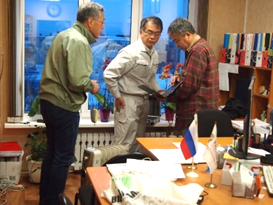 This time, measuring instruments were brought in from Japan to conduct a quantitative audit by changing the nighttime heating energy amounts and evaluating the corresponding actual changes in room temperatures. 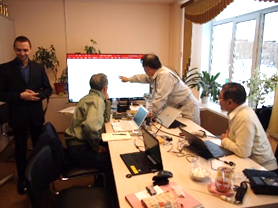 (2) Holding of an energy conservation seminar 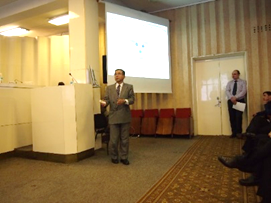