EC Guidelines for Industries were Announced in India

EC Guidelines for Industries were Announced in India

<International Meeting>
Energy Conservation Guidelines for Industries have been formulated in India in a project supported by Japan over the last two years, and the guidelines were formally announced. 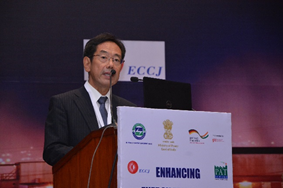 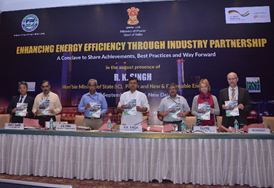 India has been strongly promoting a PAT Scheme based on the Indian EC Act 2001 to encourage energy conservation in the industrial sector. Since 2016, India had been working on introduction of EC Guidelines which effectiveness has been proven in Japan, under the support of the Energy Conservation Center, Japan (ECCJ) with the purpose of supporting the effective application of the scheme, and finally formulated the “Energy Conservation Guidelines for Industries”.

On September 24, 2018, the Indian government, Bureau of Energy Efficiency (BEE) held an “Enhancing Energy Efficiency through Industrial Partnership Conclave” at Hotel The Ashok in New Delhi, where the EC Guidelines were formally announced in the presence of the Minister of State (IC) for Power and New & Renewable Energy, Shri Raj Kumar Singh. The conclave was also attended by the Embassy of Japan in India, Economic Minister Kenko Sone, representing the Japanese government and ECCJ Managing Director Masahide Shima, who gave a congratulatory address.