Under the instruction and financial support of the Ministry of Economy, Trade and Industry (METI) for the project (EE&C capacity building program) contributive to promotion, etc. of energy conservation measures and introduction of renewable energy in the developing countries, etc., the Energy Conservation Center, Japan (ECCJ) participated in an Inception Meeting held in Kuala Lumpur in Malaysia during the two days of July 27 and 28, 2017. At the meeting, ECCJ gave explanations including the AJEEP (ASEAN-JAPAN Energy Efficiency Partnership) project plan and activity details for the current fiscal year and held discussions with each of the ASEAN member states regarding the project activity details for the current fiscal year.

(1) The new Scheme 2 is to continue as the second year of a four-year plan of a project for capacity building of qualified energy managers and introduction of energy conservation guidelines.

(2) The new Scheme 2 is to continue as the second year of a four-year plan of a project for capacity building of qualified energy managers and introduction of energy conservation guidelines.

(3) Proposals and decisions are to be made relating to the handling of building codes. 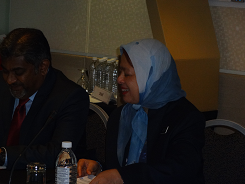 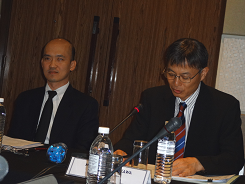 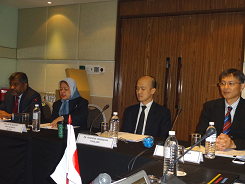 ECCJ participated in a meeting held in Kuala Lumpur in Malaysia to develop the specific activity plan for the “FY2017 EE&C capacity building program in ASEAN member states”. The meeting was attended by the ASEAN Energy Efficiency and Conservation Sub-sector Network (EE&C-SSN) representatives (the Focal Points or their proxies) from the ASEAN member states (the representatives from two member states did not attend) and by the ACE, and the plan for the current fiscal year was determined.

(1) The results of the first year of the qualified energy manager capacity building program in Scheme 2 was recognized by the member states, and it was agreed to continue the program for the second year.

(2) For Scheme 3, the progress in preparing the principal legislation and policies for energy conservation was confirmed. For the preparation of the various related systems in the FY2017 activities, ECCJ suggested that the Technical Working Group (TWG), a form of the responsibility promoting systems, should clarify activities for the current fiscal year and implement them in order of priority, which was agreed.

(3) Preparation and promotion of building codes have been conducted under SEforALL in the previous fiscal year. However, it was proposed and agreed that they should be handled as part of the AJEEP-ECAP activities in the current fiscal year.