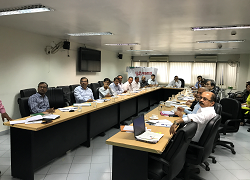 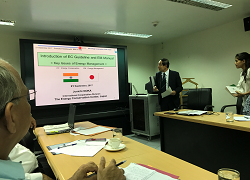 India is planning to introduce “Energy Conservation Guideline” that effectivity has been proven in Japan as a policy for promoting energy conservation in the industrial sector. In order to formulate the Indian version of the “Energy Conservation Guideline”, the steering committee was organized under the BEE, appointing the representatives from the Federation of Indian Chambers of Commerce and Industry (FICCI), Bureau of Indian Standards (BIS), Central Electricity Authority of India (CEA), and other industrial bodies as committee members, and the first meeting was held in the BEE’s meeting room on September 21st.

For the future schedule, the steering committee will prepare the draft for the Indian version of the “Energy Conservation Guideline” by the end of the year and compare notes with Japanese experts at a workshop to be held in Japan in the middle of next January to finalize the draft.