The Energy Conservation Center, Japan (ECCJ) dispatched two experts to the Okean All-Russian National Children’s Center located in Primorsky Territory during the two-day period between June 10 and 11, 2018, and to the Orlyonok All-Russian National Children’s Center located in Krasnodar Territory during the three-day period between June 14 and 16, where the experts held an energy conservation seminar for junior and senior high school students. 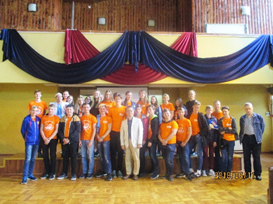 View of training at the Okean Children’s Center 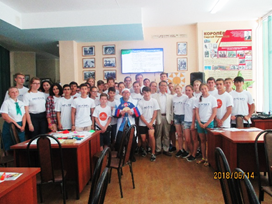 View of training at the Orlyonok Children’s Center

At the Japan-Russia Summit Meeting held in December 2016, it was determined that a “Year of Japan in Russia” and a “Year of Russia in Japan” would be held in 2018 as a part of measures to expand personal exchanges between the two countries.

As part of these activities, following a request received from the Ministry of Energy and the Ministry of Education and Science of the Russian Federation, it was decided to conduct energy conservation courses while introducing Japanese culture to Russian children at three of the four all-Russian national children’s center locations, and ECCJ was placed in charge of implementing the activities.